The Girl From Yesterday
Watch Movie 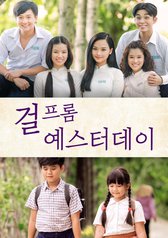 The Girl From Yesterday

Thu, a bright but reckless boy, became friends with Tieu Ly, a neighborhood girl. Their friendship ended abruptly when her family suddenly moved to another region, and Thu kept a notebook as a keepsake of their relationship. Now, the teenager Thu has a crush on Viet An, who just gets transferred. Even though he has a few failed attempts, he keeps trying to win Viet An's heart. As Viet An seems to reciprocate Thu's feelings, he can't help but think about Tieu Ly, his childhood friend.