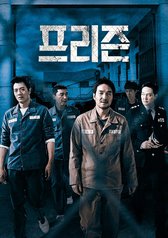 A prison looks just like other average facilities, but it is a herb of perfect crimes committed by inmates. The big crime enterprise is run by Ik-ho, an inmate who dominates everyone in prison, including guards. One day, a new prisoner named Yoo-gun gets attention from the king of prison. He is a former cop who committed several flashy felonies, and he stands out by beating out Ik-ho's gangs. Yoo-gun finally joins the inner circle as Ik-ho uses him for some jobs to help realize his ambition, but Yoo-gun has another goal, the real reason why he gets imprisoned.