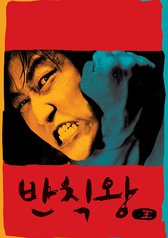 Kim Dae-ho is a banker who lives a dull life. He's frequently late for work; his performance is not excellent; his boss, who asserts "the world is cruel," does chokehold on him whenever he wants. He has a crush on his colleague, but she never seems to know his feeling. One day, Dae-ho finds an old gym that recruits new wrestlers. He decides to join the gym because he liked pro wrestling at an early age, and he wants to learn how to break the chokehold. Although his role in the wrestling matches is a mask-wearing cheater, he finds joy in rigorous training and exciting games. Now, he works at a bank at a day and becomes a wrestler/entertainer at night. He soon receives an invitation to have a match against Yoo Bi-ho, the most famous wrestler right now.