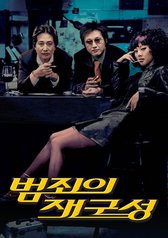 Five best swindlers in Korea form a team to rob Korea Bank, the biggest and most difficult bank to rob. Even as they work together for their common goal, each swindler has a secret agenda and does not trust others. After the bank is robbed, the police learn that the anonymous caller who helped them catch some members is a girlfriend of one of the swindlers and that she might be holding the key to solving the mysterious disappearance of money.