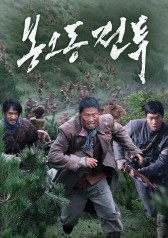 The Battle: Roar to Victory

Based on the historic battle in 1920, the movie depicts the victory of the Chosun Independence Army overcoming the inferiority of the firepower and defeating the Japanese Army. In Manchuria, The Japanese government sends elite troops with the modern firepower to chase the independence army, destroying villages of Korean immigrants. Hwang Hae-cheol's squad is to deliver their weapons to the Army and back. They meet another troop led by Lee Jang-ha. Hae-cheol suggests they fall back behind the primary battle, but Jang-ha wants to fight against the Japanese Army.