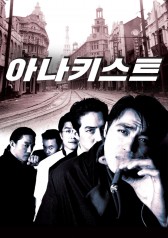 In Shanghai 1924, Sang-goo, who lost both parents at Gando massacre, joins the Heroic Corps, an anarchist group that devoted themselves to revolution. The leader is Han; Lee is the descendant of the royal family, Dol-seok is a butcher's son, and Sergei is a student studying in Moscow. One day, the handler, Mr. Yoon orders Sang-goo and Sergei a mission: to go to Russian, assassinate a Russian, and recover the missing revolution fund. Although Sang-goo makes a mistake, Sergei successfully kills the Russian and retrieves the gold bars. However, he disappears with half of the money, which alerts the Corp to search for him. They find Sergei intoxicated at an opium den in Beijing. His severe addiction is due to the brutal tortures by the Japanese Government. As Han and Lee argue about how to handle the situation, Mr. Yoon shows up and orders Sergei a solo mission.