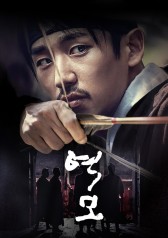 The Age of Blood

A battle between traitors conspiring coup d'etat and Joseon’s greatest swordsman has begun! Kim Ho, Korea’s greatest swordsman, gets demoted from the royal palace guard to a prison officer. One day, during a chaotic riot in the prison, five armed men try to break free Lee In-jwa, who’s been imprisoned for a conspiracy against the king. Kim Ho realizes that he alone can save the king in the palace where most of king’s people have turned.