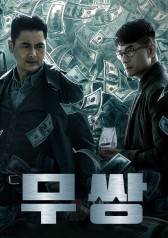 Counterfeit artist Lee Man is extradited to Hong Kong from Thailand. His ex-girlfriend and famous artist Yuen Man struck the negotiation with the Police, forcing him to reveal the identity of the boss, Painter, in exchange for freedom. In the past, Lee Man was an aspiring artist, but he was criticized for imitation of style. Painter approached Lee Man and made him forge the new 100 dollar bills. Lee eventually joins Painter's organization, despite Yuen Man's disapproval. The first deal in Thailand went sideways and Lee Man saved another forge artist, Sau-ching. When an undercover cop showed up at the next deal, Painter ordered Lee Man to kill him but he hesitated. Then there was a massacre and everybody died except Lee Man, who was arrested later. Present day, Lee Man finally provides the information. As he walks out free, the secrets start to unfold.