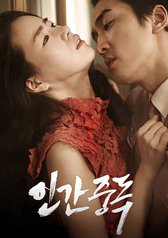 In 1969, near the end of the Vietnamese War, Jin-pyung is a respected colonel who has built a successful career. His wife Sook-jin is doing her best for him to promote to a general. The couple has no children now, and Jin-pyung knows that he doesn't love his wife that much. One day, Kyung Woo-jin, a career-driven officer, gets transferred to Jin-pyung's camp, and he and his wife Ga-heun move to the residence. While Sook-jin becomes friendly to Ga-heun, Jin-pyung doesn't care much about Woo-jin. But when Jin-pyung meets Ga-heun, he has a crush on her. And Ga-heun, who also has endured loveless relationships, quickly falls for Jin-pyung.