Upgrade
Man of Will
Watch Movie 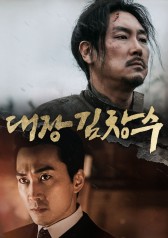 In 1896, Kim Chang-soo, a young man from Hwanghae Province, killed a Japanese. He claims that he did it for revenge for the Queen, who lost her life in the hand of Japanese swordsmen, but he is sentenced to death. He gets locked up in prison at Inchon, but he claims that he is not guilty. Warden Kang, a Korean who aids the Japanese, tortures Kim by himself. Fellow inmates are a little hostile to Kim because he acts differently from them, but his unwavering principles slowly make their hearts open. When Kim finds out most of the inmates are so poor and illiterate that they can't defend themselves in court, he starts teaching them how to read and write. Soon, Kang knows Kim's doing, and his bullying to Kim also escalades.