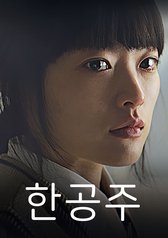 Gong-ju is a high school student who recently transferred to a new school in Inchon. Her former teacher asks his mother, Mrs. Cho, to be her temporary guardian, which upsets her at first. Gong-jo doesn't seem to be attached to the new school. She doesn't care about taking classes or making friends: all she is enthusiastic about is learning how to swim. One day, after the swimming lesson, Gong-joo hymns a song at the locker room, and a fellow student named Eun-hee hears her. Eun-hee persuades Gong-ju to join the A cappella club, which she eventually accepts. Gong-ju gets angry when the members try to make an online fan club for Gong-joo, citing she doesn't want to get noticed. The next day, a flock of adults shows up at her school to meet Gong-joo, and the reason Gong-joo had to leave her former school is finally revealed.