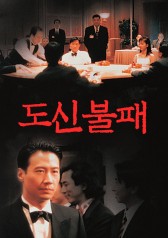 God of Gamblers 3 - The Early Stage

Ko Chun lost his father and got kidnapped at an early age. He became a foster son and a student to Kent, a renowned gambler, and learned everything about gambling with Ko Ngo. Seventeen years later, Chun lives a successful life as a gambler: he meets Seven, who he met briefly on the day of his being kidnapped, and befriends with Lung Wu, Seven's friend who fights with him on a metro: he has been in love with Hing, Kent's daughter and promises to be married. One day, Kent encourages his two students to get into the international "God of Gamblers" tournament. When Chun and Ngo become the final two, Kent asks Chun to lose the game. Chun refuses his teacher's demand and wins the game. Then, Kent shots him with a gun, and, while collapsing onto the ground, Chun realizes that his father's murderer is Kent.