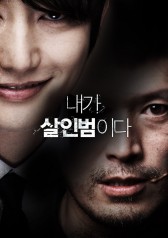 Detective Choi was the investigator who was in charge of hunting down a serial killer who claimed the lives of 10 women. He fought with the killer but lost him and got a nasty scar on his face. The cases went cold, and Choi became an alcoholic, unable to endure the pain. In 2007, two years after the 15-year statute of limitation expired, Lee Doo-seok has released a book, claiming responsibility or the murders that took place 17 years ago.