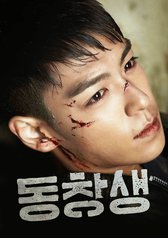 To Myung-hoon, a teenager from North Korea, his father and little sister are all he has. But, when his father, an operative working in South Korea, dies and is labeled as a traitor, the siblings are sent to a concentration camp. There, Myung-hoon is recruited as an operative by Moon Sang-chul. He decides to do the job in exchange for his sister's safety. In South Korea, Myung-hoon becomes Dae-ho, an average high school student while working as an assassin. He becomes close to Hye-in, a classmate and a namesake for his sister. Sang-chul, who still wants Myung-hoon in a short leash, kidnaps Hye-in by himself to threaten him. Now, Myung-hoon will do whatever he has to do to protect who he loves.