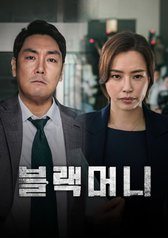 A man died in a car accident, and his girlfriend took her life, saying a prosecutor sexually harassed her. The accused, Yang Min-hyuk, starts his investigation after being sidelined. Soon, he finds out the man and woman were the key witness for the Daehan Bank Sales case: a bank worth of 70 trillion won was sold to an international private fund for 1.7 trillion won, based on five sheets of paper the two witness faxed. Yang meets Kim Na-ri, the legal representative for the Daehan Bank, and asks her for help with the investigation. Kim initially refuses, but she soon finds out there are secrets even she doesn't know. Despite pressure from above, Yang relentlessly pursues the truth, with Kim and others' help, and figures out the massive financial corruption entangled in the sell-out.